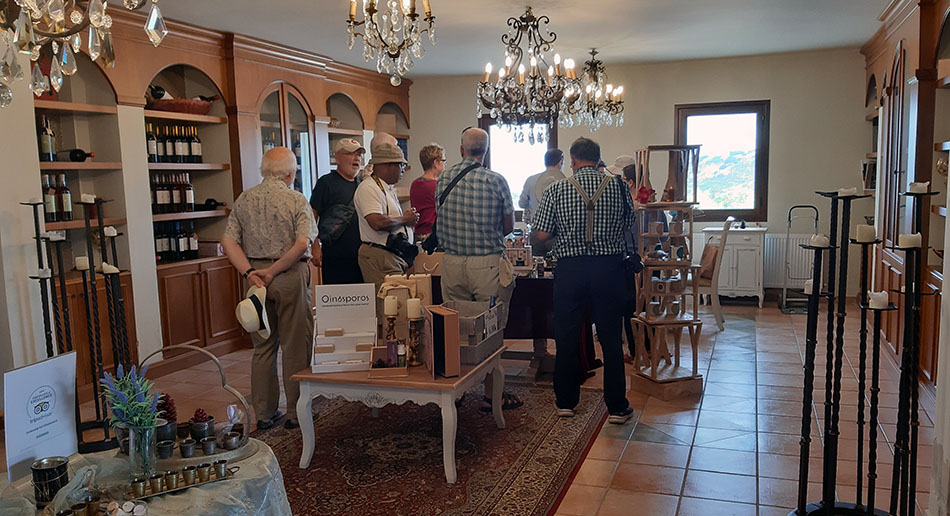 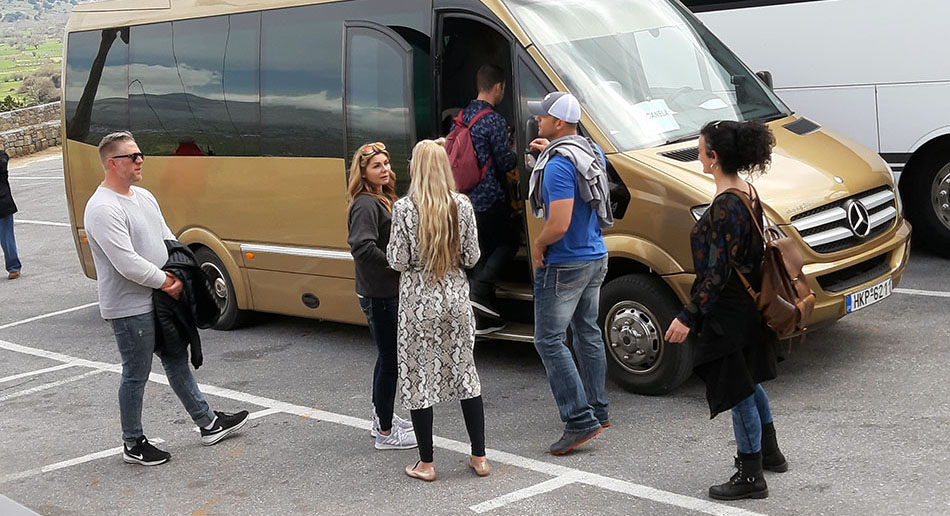 The archaeological site of Knossos (Knosós GR: Κνωσός) is sited 5 km southeast of the city of Iraklion. There is evidence that this location was inhabited during the neolithic times (6000 B.C.). On the ruins of the neolithic settlement was built the first Minoan palace (1900 B.C.) where the dynasty of Minos ruled.

This was destroyed in 1700 B.C and a new palace built in its place. The palace covered an area of 22,000sq.m, it was multi- storeyed and had an intricate plan. Due to this fact the Palace is connected with thrilling legends, such as the myth of the Labyrinth with the Minotaur.

Between 1.700-1.450 BC, the Minoan civilisation was at its peak and Knossos was the most important city-state. During these years the city was destroyed twice by earthquakes (1.600 BC, 1.450 BC) and rebuilted. The city of Knossos had 100.000 citizens and it continued to be an important city-state until the early Byzantine period.

Thrapsano village is located in the province of Pediada, Heraklion prefecture, Crete roughly 30 km south-eastern from Heraklion and is built in an altitude of 340m.

Thrapsano is identified with pottery and particularly with the manufacture of “pitharia”, as its residents are considered descendants of the Minoan potters. Traditionally therefore the Thrapsano resident “Thrapsaniotis” is identified even today with the potter and in particular with the name of “pitharas”.

In the old times until the end of 40’s most residents in the summertime had pottery as their main occupation and they practiced it in the form of Ventema. The percentage of residents that dealt with ventema decreased constantly while ventema stopped in the end of 60’s. Afterwards we have the creation of permanent “kilns” (pottery workshops) around the village while in the last decades pottery has been developed still more and constitutes the basic occupation for many residents.

Today we can say that pottery, with the creation of modern workshops and the huge production that they carry out constitutes one of the main economic factors of the village growth, maintaining at the same time its tradition and its historical identity.